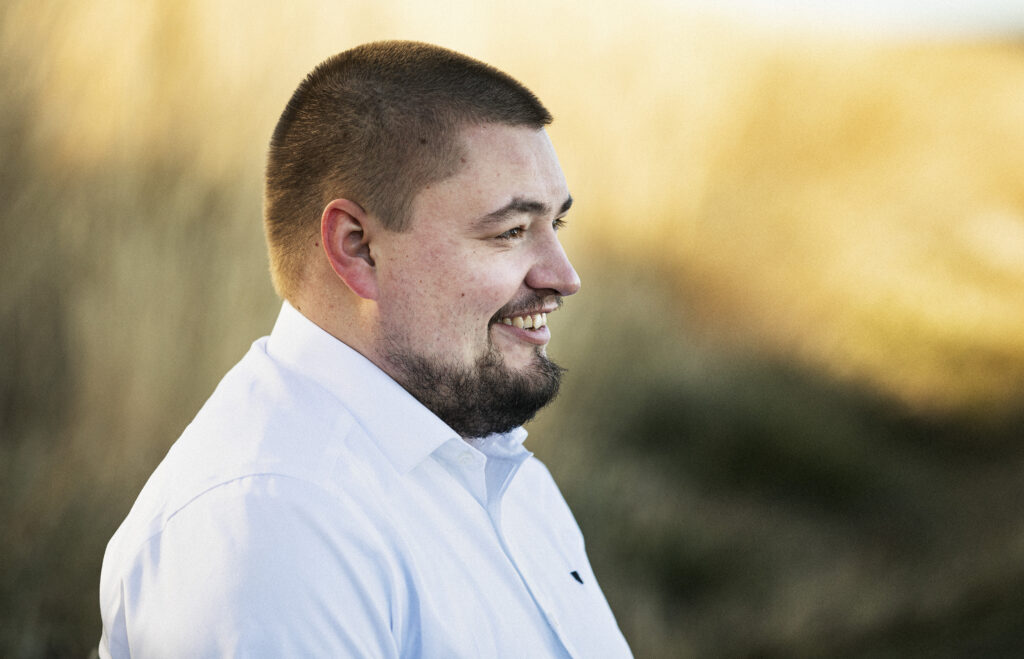 Meet Frederik who has severe psoriasis and learn about his experience with different treatment options.

Frederik was 24 when he was diagnosed with psoriasis by a dermatologist who gave Frederik a brief brochure about the disease, a cream, which is the typical first line treatment, and told him how to apply it.

“When I came home from the doctors, I Googled psoriasis and it made me worried and a bit scared – suddenly, I was a patient, having to live with psoriasis for the rest of my life.”

The first couple of years after being diagnosed, Frederik had difficulties accepting his diagnosis and was not that fond of applying the cream to his skin. This led to a worsening of his psoriasis, and it greatly influenced his state of mind. In the years to come, Frederik step-by-step tried the different treatments offered: UVB-lightening, orals, and biologics. The UVB-light did have a positive effect on Frederik’s psoriasis, but it was a struggle for him to fit this with his everyday life, as the treatment regimen was two to three times a week during regular working hours and many kilometres away from both his home and work.

Frederik is now on a biological treatment where he has to inject himself once every second week. The treatment works well both for his psoriasis and his lifestyle. However, it is uncertain how long he can stay on biologics, as the long-term side effects of this relatively new treatment option are unknown. Another challenge is that biologics are generally very expensive compared to topical and oral treatments.

“Psoriasis can negatively influence my mood especially when I think about getting one of the comorbidities associated with psoriasis such as cardiovascular diseases or diabetes.”